The Asian Carp Regional Coordinating Committee (ACRCC) has announced results of eDNA samples taken earlier this year in the Chicago waterway system. Samples from Lake Calumet and the Little Calumet River in Illinois included 17 positives for silver carp but zero positives for bighead carp. As a result, the Monitoring and Rapid Response Work Group organized a search of those waters on June 12-13 using electrofishing boats and nets. No Asian carp were collected during the electrofishing of 11 miles of shoreline and the deployment of over 5 miles of nets. There has been no correlation between the number of positive eDNA results and occurrence of the fish. However, this large number of positives above the electric barrier is more cause for concern and close monitoring will be continued.

A package of technical fish and wildlife rule change proposals was given prliminary adoption by the Indiana Natural Resources Commission on May 15. A public hearing on the proposals will be scheduled and if all progresses, the rules should be in effect by the end of the year. Included are proposals that would add the use of crossbows for taking certain fish species, including Asian carp. This will align the administrative rules with the statutory change in the last legislative session that legalized crossbows for taking fish. Other technical changes would include Asian carp in the list of species that may be taken by several additional methods and the term “Asian carp” would be defined in rule. These changes will provide sport fishermen with more legal means to take Asian carp.

The DNR directors from Indiana and Ohio and their staff people met recently to tour Eagle Marsh and the barrier fence in Fort Wayne. To date, Ohio has not been strongly engaged in the Asian carp issue. However, this meeting signaled their desire to become more involved in addressing threats posed by Asian carp. The agencies agreed to work together to develop a rapid response plan that would guide actions when flooding occurs at Eagle Marsh or in the unlikely event Asian carp are discovered on the Maumee side of the divide.

Our documentation of Asian carp spawning activity in the Wabash River continues to redefine what is known about spawning requirements for these fish. Previously, the commonly-held understanding was that Asian carp require flood conditions for successful spawning since the semi-bouyant eggs must remain in suspension for up to four days. However, considerable numbers of Asian carp eggs were collected in the Wabash in May by Purdue University researchers conducting a study for the Indiana DNR. Water levels at the time were unusually low, more typical of September levels. Even by early June the flow at Lafayette was only 1,700 cubic feet per second (cfs) instead of the normal 4,300 cfs. Newly-hatched Asian carp require quiet backwaters as a nursery area. Since these areas are cut off from the river at present due to the low flows, survival of this year’s hatch will hopefully be low.

The low flows have also made it difficult for the Purdue researchers to operate electrofishing boats in the Lafayette/Logansport area. They are attempting to radio-tag 100 more Asian carp this year to track their movements. About 25 of those tags remain to be implanted. The 100 tags implanted last year should still be transmitting signals so there should be close to 175 Asian carp carrying radio transmitters, minus those that may have died.

Using Great Lakes Restoration Initiative federal funds (GLRI), some important outreach materials have been developed, printed and are being put into use. This includes 100 posters for display at bait and tackle shops, 150 metal Asian carp information signs for placement at public access sites and 5,000 Asian carp brochures for distribution around the state. These materials provide information on identifying Asian carp, explaining why they are a threat and outlining things people can do to help stop the invasion. Mounted replicas of a silver carp and a bighead carp were also purchased with GLRI funds for educational uses.

On June 27-28, an Ohio River Asian Carp Forum will be held in Pittsburgh. Information will be shared from the Ohio River states on Asian carp status and projections, other background information and then discussion on prevention, monitoring, rapid response and management options for the Ohio River mainstem and watershed. Although our staff will not be attending in person we will particate through a webinar and through prepared materials we have provided to the forum sponsors. Currently, there is no federal money for Asian carp prevention or control outside of the Great Lakes Basin. 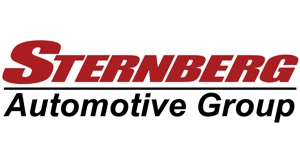